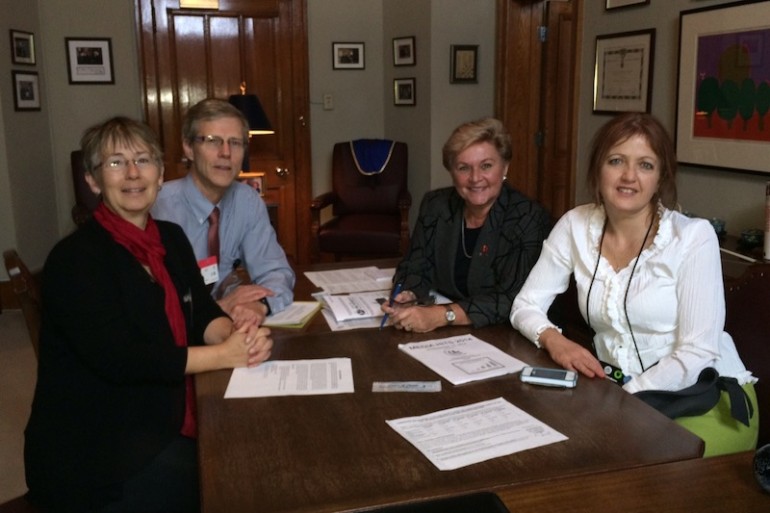 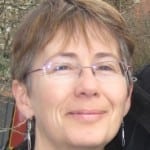 Is it possible to solve the climate crisis without hurting the economy? That is the question members of Citizens’ Climate Lobby (CCL) Red Lake were in Ottawa recently to address. They joined Canadians from Vancouver Island to Quebec who travelled to our nation’s capitol last week to learn more about the economic benefits of a carbon dividend that places a price on carbon pollution and returns the money to Canadian households.

Attendees at CCL’s Carbon Fee Prosperity conference November 22 and 23 heard a blue-ribbon economic panel dispel the idea that a healthy environment and a prosperous economy can’t co-exist. Success for one doesn’t have to mean failure for the other, agreed the five members of the panel, which included Professor Christopher Ragan from McGill University. Ragan is a CD Howe Institute Research Fellow and Chair of the newly launched cross-party Eco-Fiscal Commission. Ragan underscored how our current tax system taxes (thereby discouraging) good things that Canadians want more of – income, employment, innovation and better jobs – and doesn’t tax bad things that we all want less of, such as pollution.

“I’ve never met a Canadian who likes pollution and wants more of it, yet we make it free. We have a tax system that by not taxing pollution effectively encourages it,” Ragan told the attentive audience, “We can do better in this country.”

Based on the experience of the B.C. carbon tax, panelist Dr. Stewart Elgie from the University of Ottawa explained that a $30 fee per tonne of carbon (the same as B.C.’s) would generate $20 billion annually. That would mean, assuming there are about 20 million adults in our country, that every Canadian over the age of 18 would get a $1,000 carbon bonus cheque annually in the mail if the federal government adopted a revenue-neutral carbon dividend policy.

After learning more about the benefits of carbon fee and dividend at the weekend conference, 68 CCL volunteers from all walks of life spent Monday and Tuesday on Parliament Hill. They met with MPs and Senators from every political party to encourage them to put a price on carbon pollution and return the money to Canadian households.

Dr. Mark Polle, who met with 12 MPs and Senators while he was in Ottawa, found that the politicians he encountered were pleased to hear from climate-concerned Canadians.

“With a few exceptions, the politicians I spoke with understood the seriousness of climate change and welcomed a conversation about solutions,” Polle said.

Cathy Orlando, CCL Canada’s National Manager, underscored the nonpartisan nature of the organization, stating, “Canadians deserve carbon fee prosperity. Carbon fee and dividend is the best carbon-pricing model for Canadians. It has something for everyone. It is a market solution that will not grow government size and not burden the poor or middleclass.”

While not all Canadians understand the urgency of the climate crisis, all Canadians agree on the value of economic growth that doesn’t sacrifice our clean water, clean air, or stable climate. What the five CCLers from northwestern Ontario discovered in Ottawa last week is that pricing pollution is the right solution for both Canada’s economic prosperity and the threat of climate change.

Christine Penner Polle is a CCL Canada volunteer from Red Lake, Ontario and a founding board member for Citizens' Climate Lobby Canada.

Return back to Newsletter #8.